On November 12–16 2020 the fellows of the Laboratory of Musical Ethnology (Yuriy Rybak, Larysa Lukashenko, Lina Dobrianska, Victoria Yarmola) carried out the next folklore expedition within the Folk_ME project. The territory of the exploration occupied a part of ethnographical Central Volyn that is placed at the left side of the Rivne-Lutsk highway (Starozhukiv, Makoterty, Olyka, Horlupy villages). On the last day we recorded singing of the famous male trio in Polissya village of Chornyzh. The choice of the territory was caused by the insufficient amount of musical and ethnographic information from there. Unfortunately, we should state that the archaic layer of ritual music on this territory has almost completely disappeared. The field work was also complicated by the current quarantine situation. Nevertheless, a lot of the people contributed to our work with understanding and kindness. During the expedition 10 performers were interviewed, more than 50 songs and contextual ethnographic information were recorded, 5 hours of video records and a few dozens of photos were made.

The First Methodological Training of Music College Teachers within the framework of the international project “Folk Music Education for Future Generations” (Folk_ME) under the Erasmus + program took place on November 6-8 at the Academy of Music. Four teachers (Svitlana Gleba (Uzhhorod), Vira Rybak (Rivne), Roman Skobalo (Lviv) and Svitlana Tsymbalyuk (Khmelnytsky)) from different cities of Western Ukraine took part in the training. The event was organized by the Laboratory of Music Ethnology and the Department of Music Folkloristics under coordination of the Laboratory Chairman Yuri Rybak. READ MORE…

On October 1 5, 2020, as part of the Folk_ME project, the staff of the Problematic Scientific-Researching Laboratory of Music Ethnology of Mykola Lysenko Lviv National Music Academy (leader – Yuriy Rybak, researchers – Larysa Lukashenko, Lina Dobryanska, Victoria Yarmola) carried out a folklore expedition to Kosiv (village of Seredny Bereziv) and Verkhovyna (village of Kryvorivnya) districts of Ivano-Frankivsk region. During the expedition, the traditional vocal, instrumental and vocal-instrumental works of the Hutsul region and the border of the Hutsul region and Pokuttya were recorded in audio and video formats, and accompanying ethnographic information was recorded. A total of 9 performers were interviewed, more than 4 hours were recorded. audio and video files, 50 photos were taken. Thus, the information necessary for the successful implementation of the Folk_ME project was obtained, at the same time the PSRLME archive was replenished with new masterpieces of folk music.

One of the main objectives of the Folk_ME project is to support studying folk music at the Secondary schools. For this purpose the folk music records supplied by digital tools and necessary didactical materials are posted on the specific Internet site. The first records of Ukrainian folk music within the Folk_ME project were carried out in Rivne in August of 2020. The ethno ensemble “Rural Music” performed four samples of authentic folklore: three songs (“I don’t regret the party”, “My father mowed down so do I”, “Do not shout, cranes”) and one instrumental piece “Krutak”. We appreciate the help of the leader of the “Rural Music” Viktor Kovalchuk in the recording process managing, as well as ensemble members Iryna Slyvchuk, Lyudmyla Hapon, Victoriya Yarmola, Iryna Tomchuk, Olena Kushniruk, Victoriya Vorotsova, Liliya Molodtsova, Rita Makaryk, Svitlana Yuzyuk, Anatoliy Saichyshyn, Yuriy Kovalchuk, Andriy Lyashuk, Serhiy Hapon, Oleg Slyvchuk. The music records and the additional materials (transcriptions, comments) will be soon available on the Fokl_ME project website. 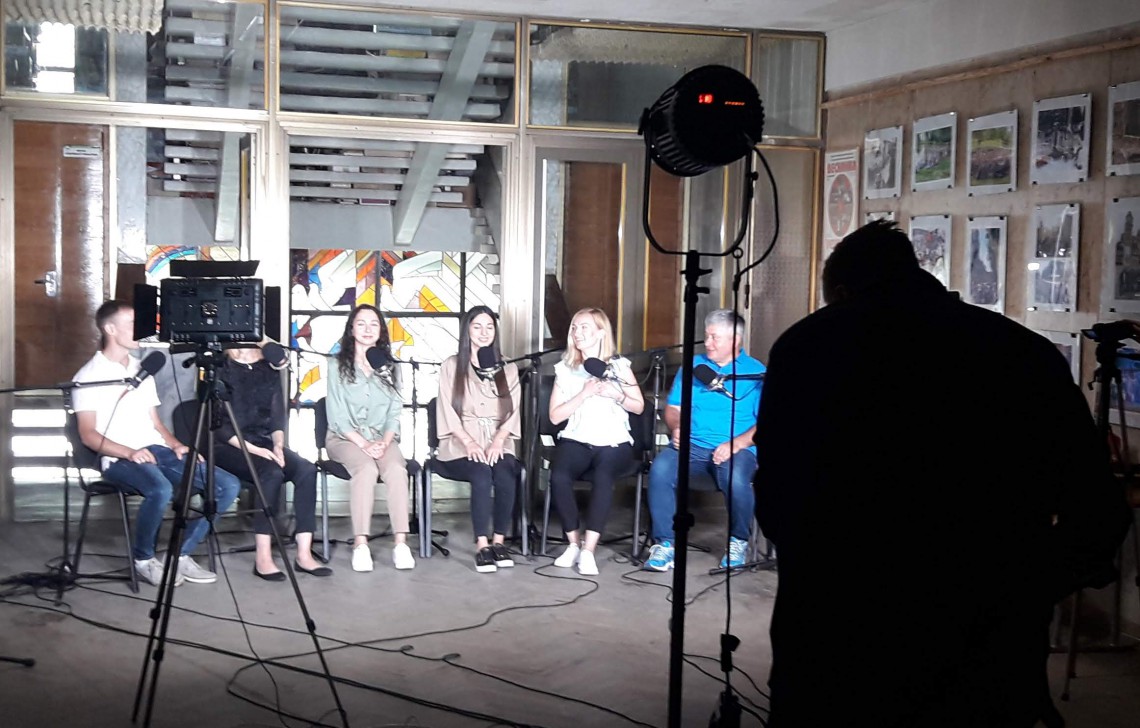